My Name is Lee Brain, and I Help Passionate People Get Elected To Office

Discover how to plan, develop and launch a winning campaign strategy that mobilizes a movement and inspires people to take action on the issues you care most deeply about.

New Book Reveals How Anyone Can Run For Office, Get Elected & Make The Changes You Want To See In The World - Regardless of Your Current Skills & Experience As An Elected Official 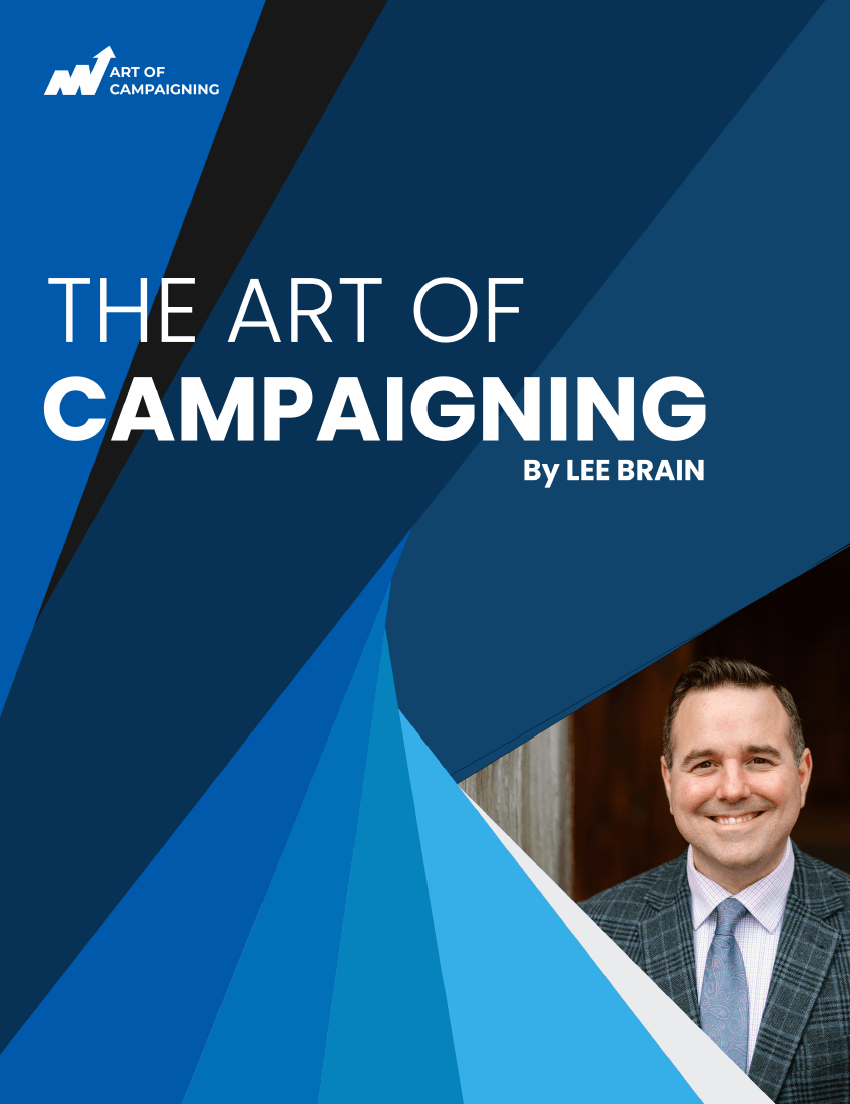 Introducing the Art of Campaigning

The Art of Campaigning is a book for both first time and incumbent candidates who want to take their campaign skills and knowledge to the next level.

From creating a compelling campaign narrative, to building and recruiting your leadership team, to analyzing voter data and demographics, to digital tools and data management, to volunteer recruitment and gamification - all the way to campaign budgeting & fundraising strategies - you will learn how to fully develop a campaign that is both compelling and motivates people to join your team.

In addition, learn the skills you need to be an effective candidate - including media relations, debate prep, public speaking, how to handle negative attacks & more.

If you are a serious about launching and winning an election campaign for any level of government, then check out the Art of Campaigning now!

Lee Brain is a two-term mayor for the City of Prince Rupert in Canada from 2014-2022, an internationally significant port community located just south of the Alaskan Panhandle.

Winning his first term as mayor at age 29 against a two-term incumbent, Lee received more votes than all three of his competitors combined and then doubled.

Lee and his team were also successful in negotiating hundreds of millions of dollars in new capital and long-term revenues for the City, and helped take the community from flirting with bankruptcy to financial solvency within just a few years.

During his time in office, Lee worked closely with the U.S. Consul General’s office on transboundary and trade relations between the Alaskan and BC governments and subsequently was accepted into the U.S. State Department’s International Visitor Leadership Program (IVLP) in 2019.

Lee is a professional facilitator, mediator, team builder, campaigner, and community engagement specialist. With 15 years of campaign-related experience at all levels of government, non-profits and industry, Lee understands the principles and tools to build movements and effective campaign strategies that inspire people to act through compelling storytelling techniques.

Lee studied Developmental Psychology and Sustainable Community Development at Simon Fraser University. At SFU, he successfully completed the Undergraduate Semester in Dialogue program in addition to a Certificate in Innovative Leadership.

Looking For a Customized Campaign Plan in a Pinch?

Don't Leave Your Election To Chance!

Too many first time aspiring political candidates throw their hat in the ring, only to lose after months of effort.  Create a campaign that you know will get results the first time, buy the Art of Campaigning today and get the latest in campaign strategies from around the world!

Get The Book Now